At the end of this season, Núria leaves to New Zealand to prepare for the preseason and participate in different FWQ competitions for the 2016-2017 season. Specifically, she participated in Remarkables 2 * and 4 *, and in Mt. Olympus 2 * where she got the first place. This preseason allowed her to obtain the 4th provisional position in the FWQ ranking (Europe - Oceania). In 2017, Núria signed for Head Snowboards. She adapted to the new team and with it achieved several podiums in 2 * and 4 * tests of the FWQ.

The 2017-2018 preseason begins in New Zealand with the intention of repeating the competitions of the previous year, Remarkables 2 * and 4 *, and Mt Olympus 2 *. She manages to get good results and compete against riders with much more experience, which allows her to start the season in Europe very prepared, both physically and mentally.

In this season, she also manages to make history as the youngest Spanish rider to obtain a victory in a competition of the highest category - 4 * - of the FWQ, winning the contest of Les Arcs 4 *, France, with only 20 years old. This win allows her to consolidate at the Top 3 of the FWQ (Europe-Oceania) and to have options to get the first position and make the jump into the FWT. Finally, she does not get the first place in the ranking but remains in the Top 3.

With the focus on improving her position in the FWQ ranking, she begins the preseason in New Zealand, managing to win the three competitions in which she had competed in previous years: Remarkables 2 *, Remarkables 4 * and Mt Olympus 2 *. During the season, she achieves several podiums, like a first position in the Andorra 3 * Jam Extreme and a third position in Montafon, Austria 4 * stand out. These results allow her to get Top #2 in the ranking of the FWQ 2019. In addition, she also competed in the Spanish Freeride Championship where she achieved a well-deserved first place.

For the 2019-2020 season, the results of the previous season allow her to enter, 3 weeks before the first event, by wildcard in the Freeride World Tour. And, as a rookie, she made it difficult for the other riders. In Andorra, Núria manages to prove her worth and become the first Spaniard to make podium in an FWT competition. Her descent, with a risky and technical line, gave her a second place on the podium in Ordino-Arcalís and moved her up to number 4 in the overall ranking. What was finally the last event of the season took place in Fieberbrunn, Austria, where she got the pass to the final and secured a place in the FWT 2021, becoming the fourth best freerider in the world.

In the 2020-2021 season, Núria had to face several changes as she moved to another country to be able to train at the highest level with more snow days. In October she moved to Innsbruck, Austria. From there she spent the season becoming the first Spanish sustainability ambassador for the Freeride World Tour, and was part of the team of the prestigious NGO, Protect Our Winters. With both, she took part in a project that consisted of travelling to all the competitions by train to reduce the carbon footprint and raise awareness in society of the need to take action to fight climate change if we want to preserve our winters.

For this 2021-2022 season, Núria started with a victory in the first 4* Freeride World Qualifier competition in La Rosière. In addition, the organisation granted her an invitation to compete in the first Freeride World Tour event in Baqueira where she got a second position, thanks to which the organisation granted her an invitation to compete for the rest of the season in the world freeride elite, back in the Freeride World Tour. Finally, in the training sessions prior to the third FWT competition in Canada, Núria suffered an injury which, despite competing in Canada, left her out of the finals, leaving her in fourth place in the overall ranking and unable to compete for the FWT 2023 qualification. 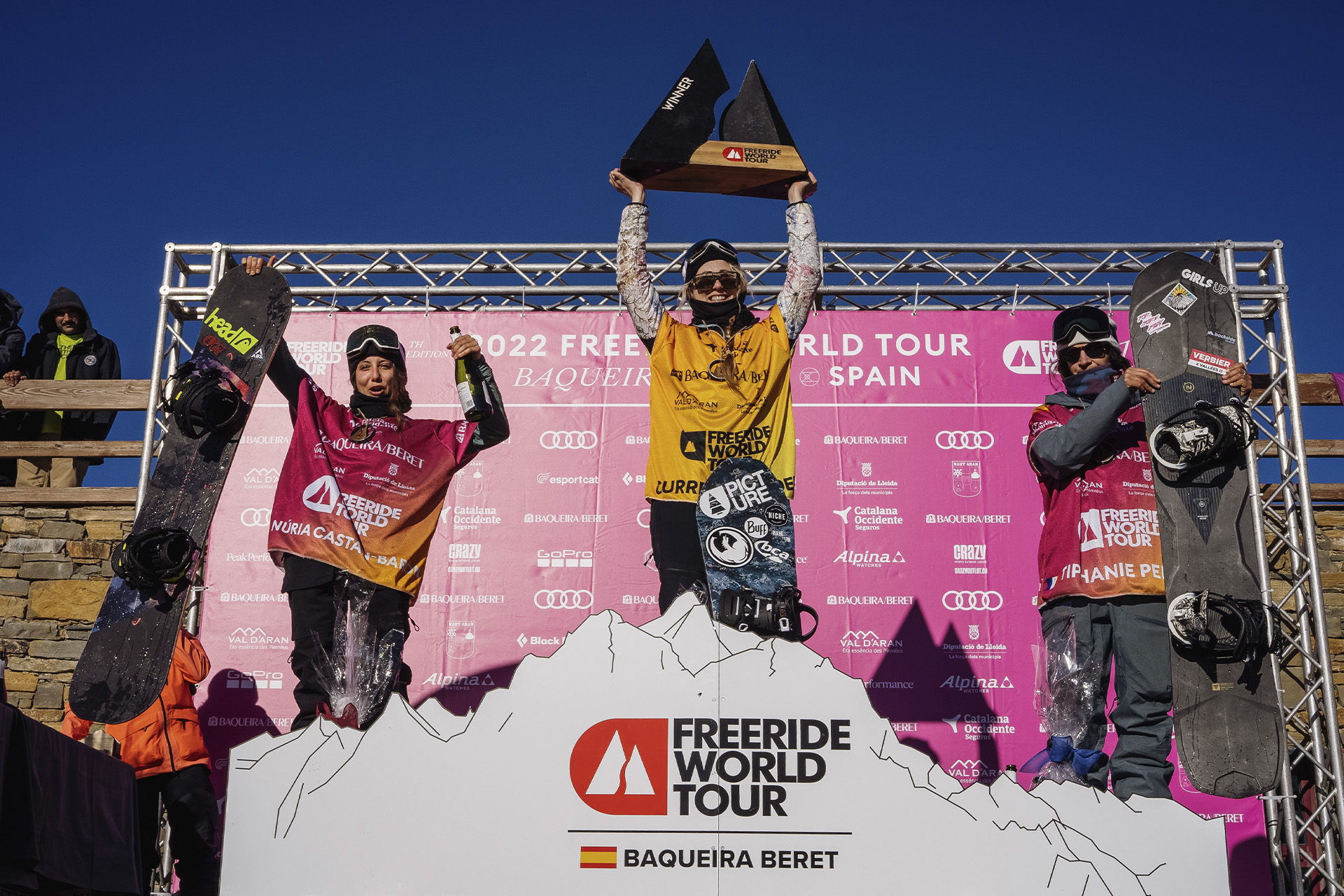 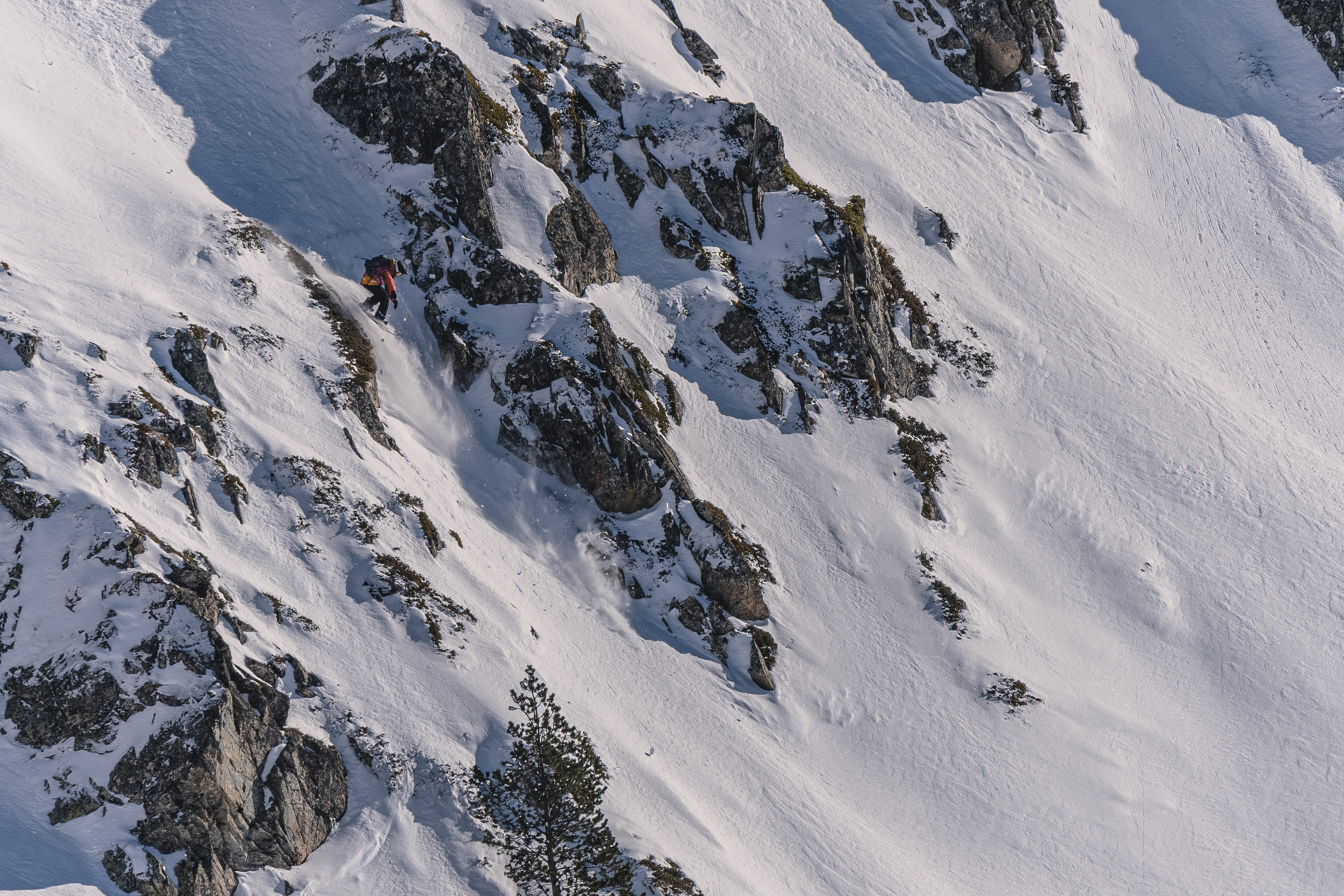 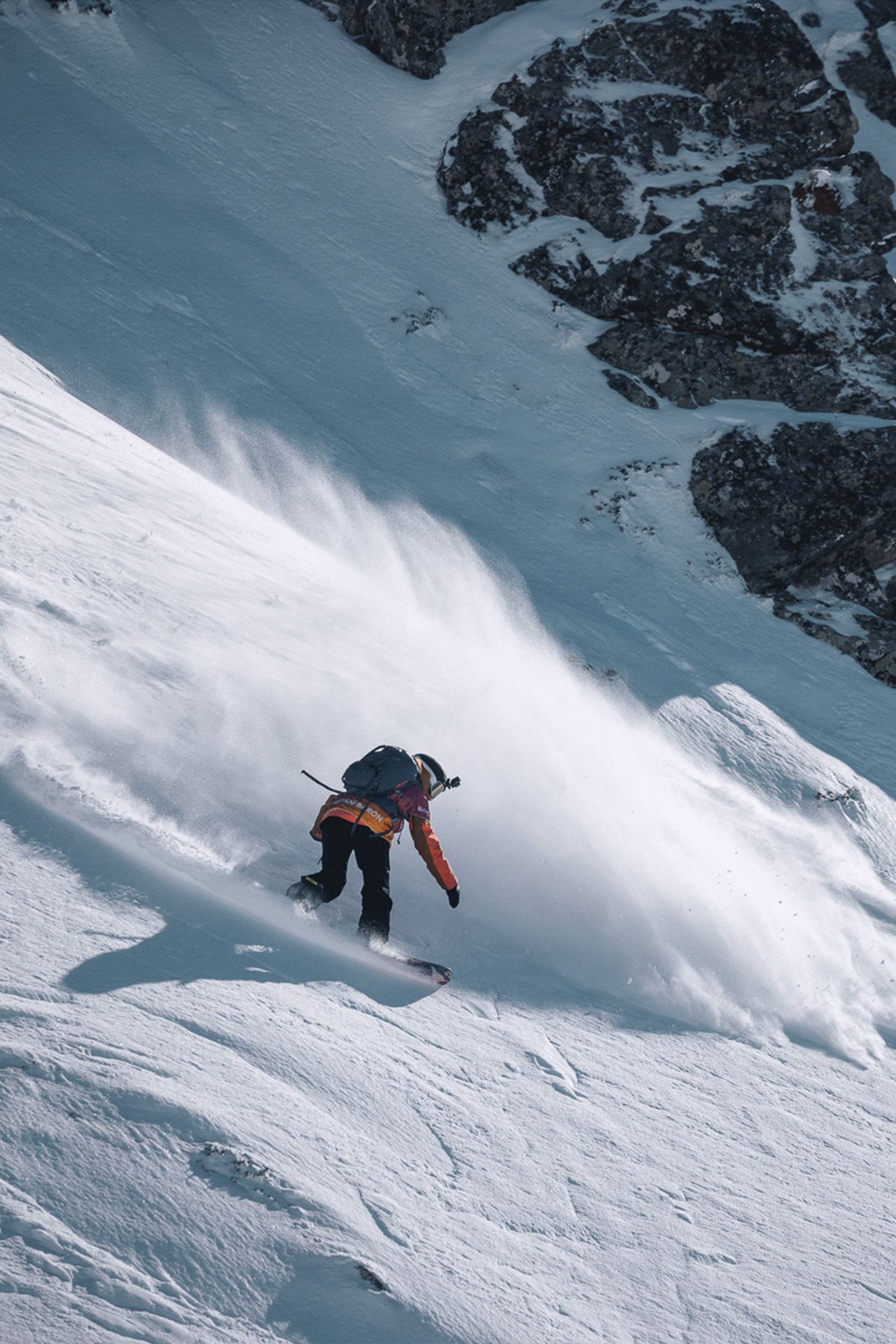 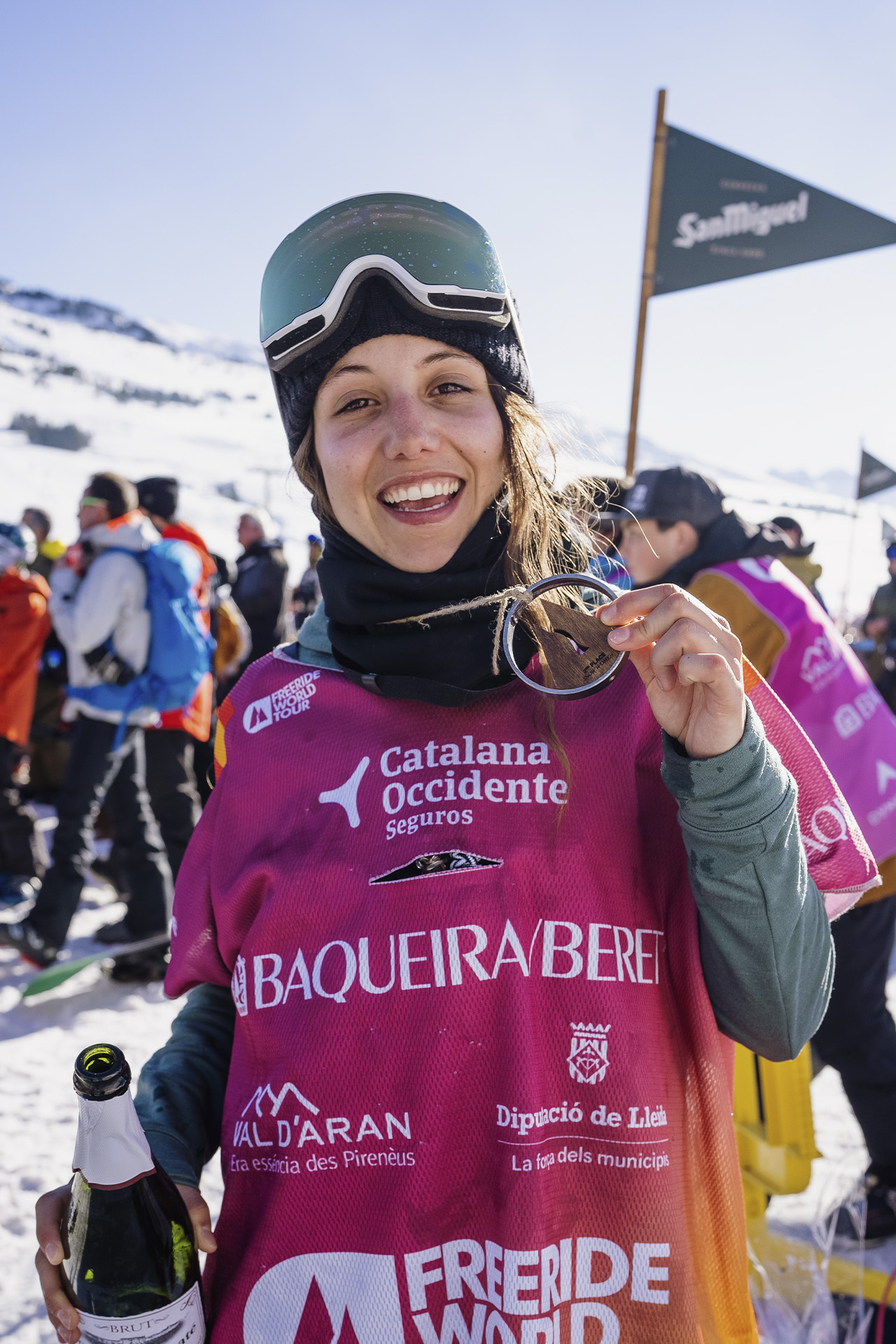 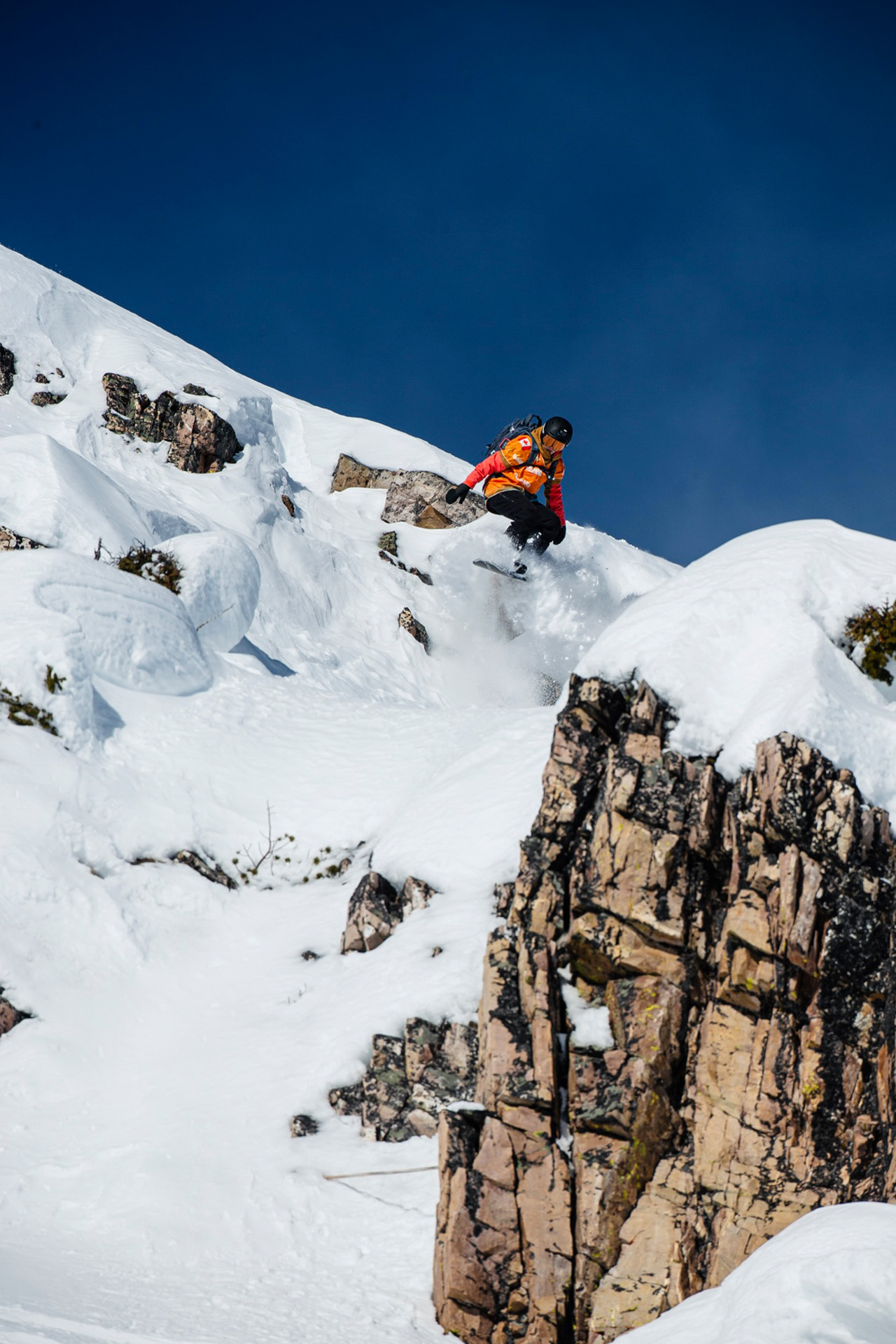